The responders arrived at 342 Count Fleet road to address smoke in the attic of a residence.  Battalion Chief Ken Guard said that the homeowner had been alert and noticed the smoke which appeared to arise from the air conditioner. He said the air conditioner was still on when they arrived.

Bearings burn out and overuse stresses mechanics especially when temperatures are hot outside, the Battalion Chief said, and offered some home fire prevention advice for homeowners.

Minimize power usage when nobody is home.

When smoke is observed, call 911 as a precaution.  If it is coming from a mechanical device, turn the device off. You want to eliminate the fuel source, Guard said. If you aren’t sure what is burning, turn the power to the home off. 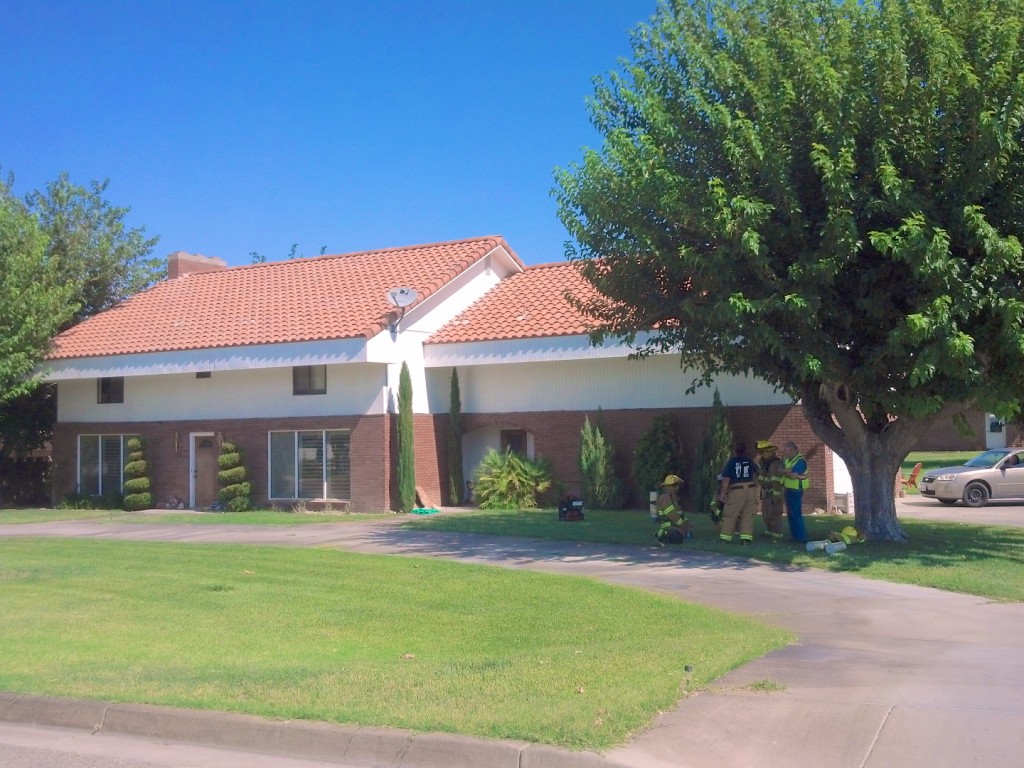 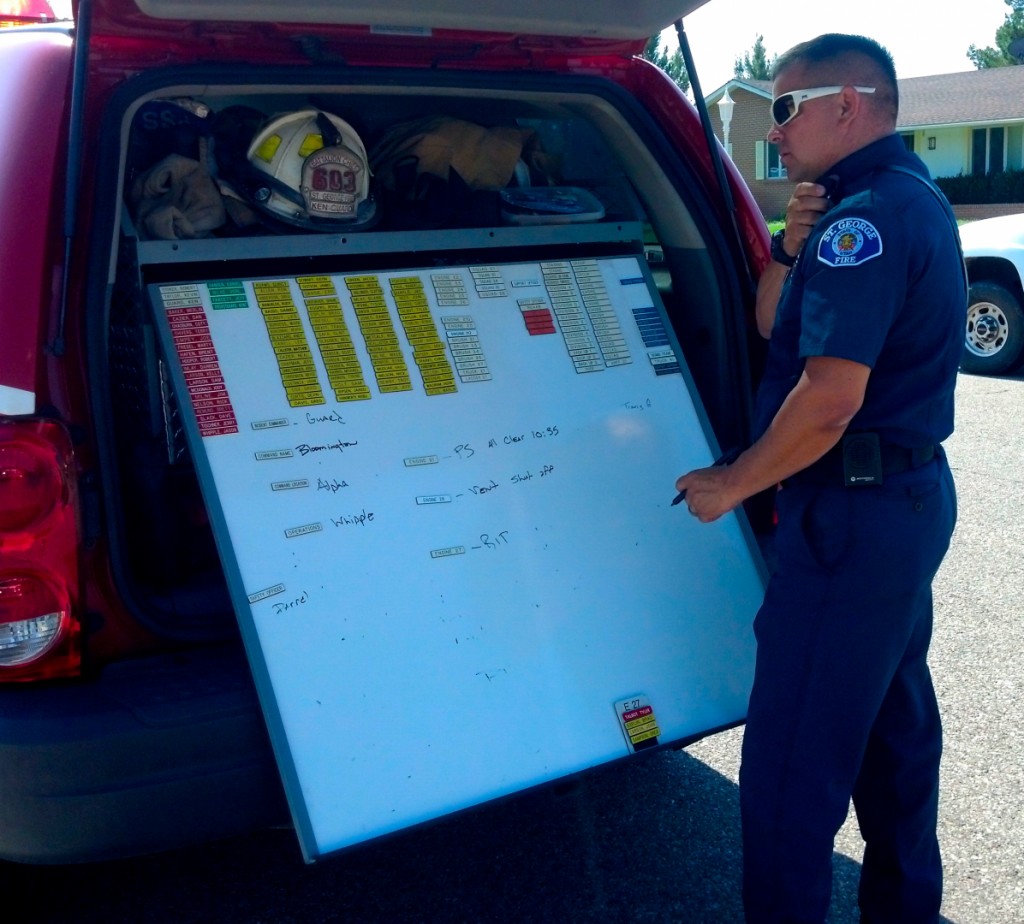 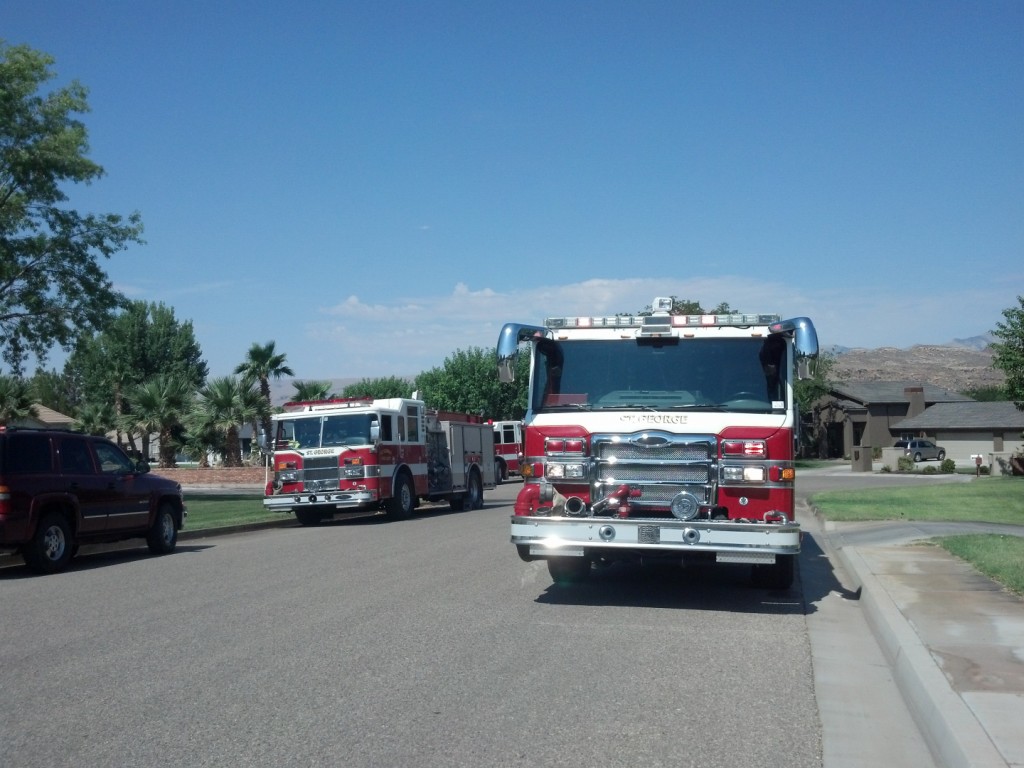 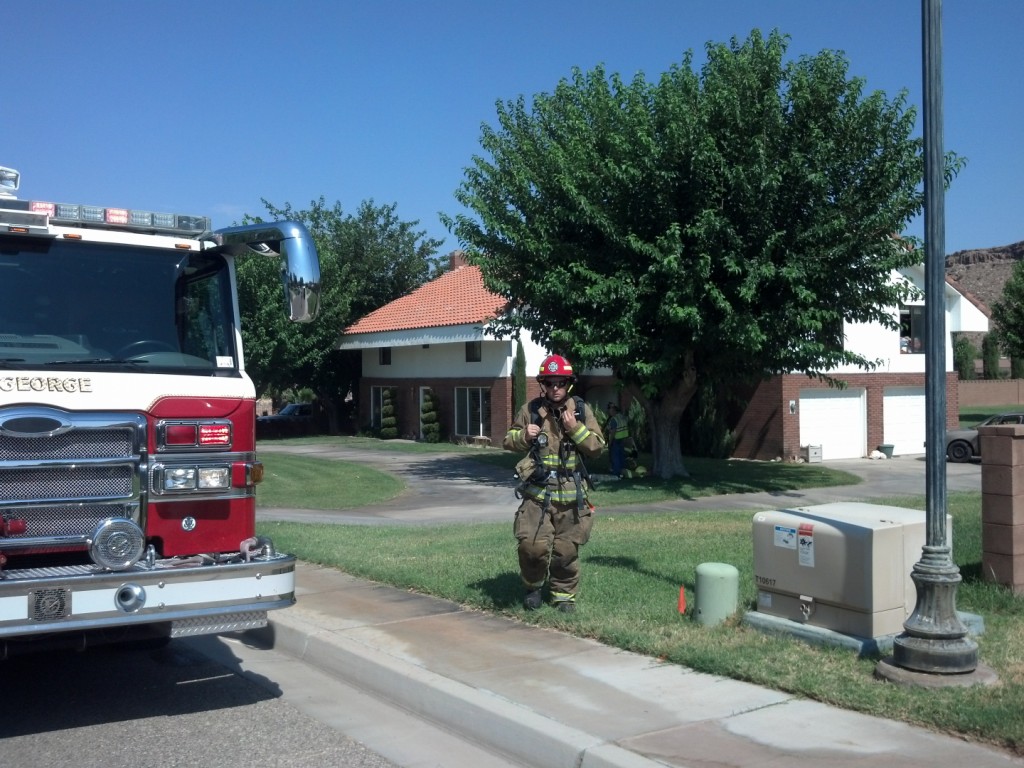 SUV’s engine compartment ignites as driver attempts to start it