SNOWFIELD – A pickup truck pulling a travel trailer collided with a guardrail and overturned 1/2 mile north of Snowfield exit 33 on southbound Interstate 15 this morning just before 11:30 a.m..

Charles and Kim Payne of Ivins were traveling southbound on I-15 in their white Ford pickup pulling a travel trailer when the trailer began to sway. Utah Highway Patrol Sgt. Cameron Roden said Charles Payne attempted to correct the swaying trailer but was unable to do so, striking the guardrail and jackknifing the trailer. The pickup overturned on the driver’s side and slid down the highway.

Both truck and trailer came to a rest blocking both lanes.

The Paynes were both wearing seat belts and suffered little to no injury, according Roden’s report. Nobody was hospitalized, Charles Payne said.

No other vehicles were involved in the incident.

Traffic was stopped southbound until a passerby pulled the trailer out of the roadway. One lane was blocked for approximately an hour and a half as crews worked to clear the accident. 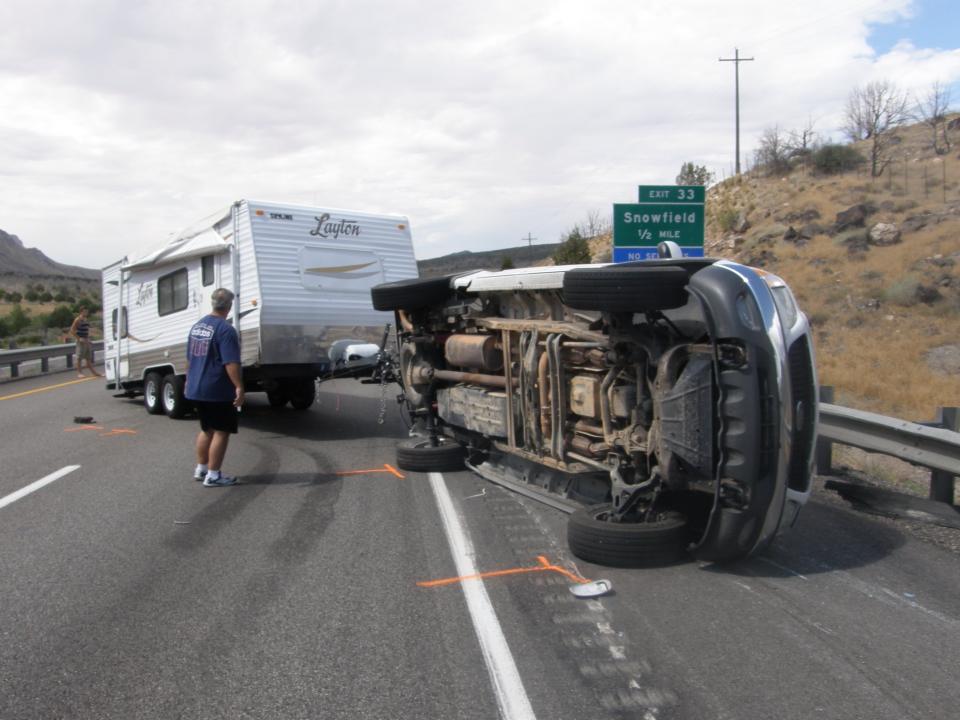