ST. GEORGE – In the wake of Sunday’s tragic wildfire incident near Prescott, Ariz., a report from the Prescott Fire Department identified Cedar City native Joe Thurston as one of the 19 firefighters whose lives were claimed in the blaze.

The Granite Mountain Hotshots are a crew of firefighters within the Prescott Fire Department whose “common bond is our love of hard work and arduous adventure,” according to the organization’s website. “We believe in rigorous physical and mental training, which allows us to perform at the optimum level,” the webpage said.

All but one of the 20-member crew died while fighting the wildfire at Yarnell Hill, south of Prescott. The rapidly moving fire ignited on Friday and has covered 2,000 acres, according to a statement from the city.

Along with playing soccer competitively from early childhood through high school, he was a drummer in a band and an avid skateboarder.

In Southern Utah, Thurston will be remembered for his fearless streak, which he was known to exhibit at the local haunts.

“We went to Quail (Creek) Reservoir, and we’d be finding 40- to 50-foot cliffs that people would be scared to jump off,”  Cedar City friend Scott Goodrich told the Salt Lake Tribune. “He would just show up and be front-flipping off of them.”

A much-attended community memorial service was held in Prescott on Monday.

The entire nation is grieving after what is, according to the National Fire Protection Association, the deadliest wildfire catastrophe for firefighters in 80 years. The fire notched the highest firefighter death toll of any incident since 9/11.

Annual reports compiled by the U.S. Fire Administration indicate that the 19 deaths exceed the total firefighter death toll related to wildfires in each of the past three summers.

Condolences to Thurston’s family and friends, as well as to those of the other firefighters who lost their lives in Sunday’s tragedy, may be offered at the Prescott Granite Mountain Hotshots Facebook page or at a special memorial page. The pages also feature information on how to donate to the families of the fallen. 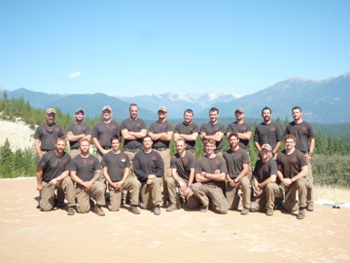 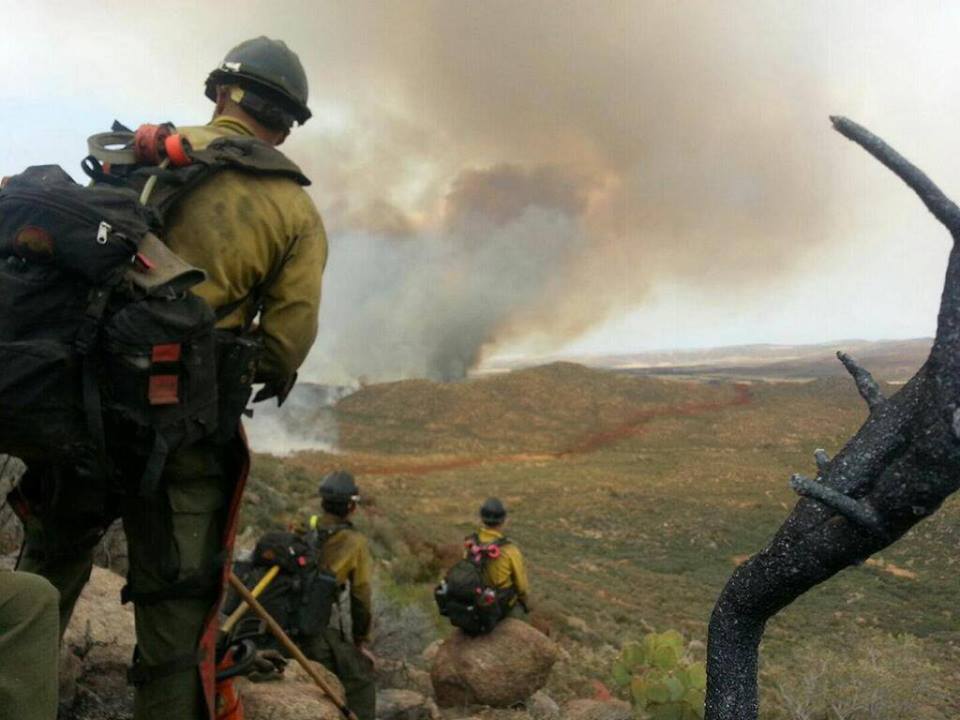 Photo taken by crew member Andrew Ashcraft and sent in a text message to his wife during the crew's final moments as they approached the flames, Yarnell Hill, Prescott, Ariz., June 30, 2013 | Photo courtesy of Prescott Granite Mountain Hotshots 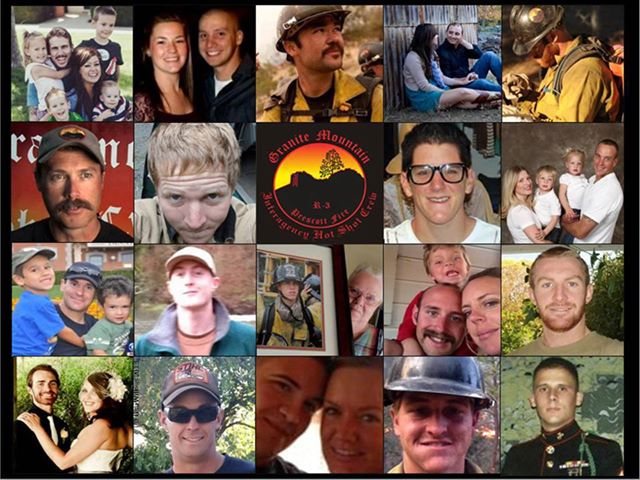 Joe Thurston with his two young sons (third row, first column) amid a compilation of photographs of the 19 firefighters who gave up their lives Sunday, date and location not specified | Photo courtesy of Prescott Granite Mountain Hotshots

Kevin Gilbert Mauer is a novice journalist and student at the University of Wisconsin,where he is pursuing a double major in philosophy and anthropology. He is a student of the world, a Millennial, a pedestrian, a gardener, and a friend. Kevin has lived in France and all across the United States. He enjoys being outdoors, in a book, or around company. He is spending the summer in Ivins with the two best parents in town.