WASHINGTON CITY – With Memorial Day just around the corner the headstone of William and Malissa Turnbeaugh is about to be replaced with a new structure that may be the tallest (at over 5 feet) in the Washington City Cemetery, including the names of all 25 of their children written on the back side of it. Great-grandchildren Alene Adams  and Theo Pendleton donated the stone.

The family is reuniting at 11 a.m. on May 27, that is. on Memorial Day. Washington City has Booth Turnbeaugh to thank for the beauty that Washington Cemetery is as he has spent years in up-keep, raking the leaves, pulling the weeds–free of charge.

William Turnbeaugh was born June 15, 1847, in Pleasant Hill, Pike, Illinois. He was the fourth child of five children of John Turnbaugh and Ruth McLain. He had four half brothers and sisters. Their stepmother was Melzenia Huff. After his own mother died, William Turnbeaugh’s father married Melzenia Huff. He ran away from home and joined the Army. He changed his name by putting “e” in his last name, spelling it “Turnbeaugh” instead of Turnbaugh so his family couldn’t find him. He fought in the Civil War.

For many years William Turnbeaugh was the town marshal for the little town of Washington, Utah. William also was known as the town bull. He spent his declining years of life in Washington. He was operated on in the St. George Hospital and never recovered from that operation.  He died June 13, 1915, in St. George, Utah. William Turnbeaugh was known as “Uncle Bill” until his death and was laid to rest in the Washington Cemetery.

Malissa Averett Turnbeaugh was born in Manti, Utah, March 19, 1853 . She was the daughter of Elijah Averett and Cherizade Grimes. Malissa was baptized in March 1861.   She was married at 13 to William Riggs, by whom she had two daughters and separated. The daughters were Cherizade Woodward and Ellen Morris.

Some years later Malissa Averett Turnbeaugh married William Turnbeaugh January 10, 1871, and was later sealed, an LDS practice of binding one’s family for eternity, in the St. George Temple  on April 20, 1949.  She was endowed, an LDS practice in the temple where participants take a number of solemn oaths and make covenants with God, on May 6, 1927. She had 25  children with five sets of twins. One of the children weighed 15 lbs. at birth.

Malissa was the first white child born in Manti, Utah, and came to Utah’s Dixie in 1862. She passed through many hardships in the early days of the settlement of Dixie. Malissa’s only brother was killed by Native Americans in 1866. When she was a girl, she helped pick cotton and sheep; the cotton and wool were the first to go through the factory at Washington, Utah. Her parents were among the first to be baptized after the organization of the LDS Church and came across the Plains in 1848. Malissa’s father helped work on the foundation of the first four Temples in Utah.

Malissa Turnbeaugh was a kind and loving wife and mother and always kind to the needy. It gave her joy to have her friends come in and talk of the Gospel of Jesus Christ for she was a devout Latter-day Saint.

In addition, The couple had two pairs of twins born prematurely. 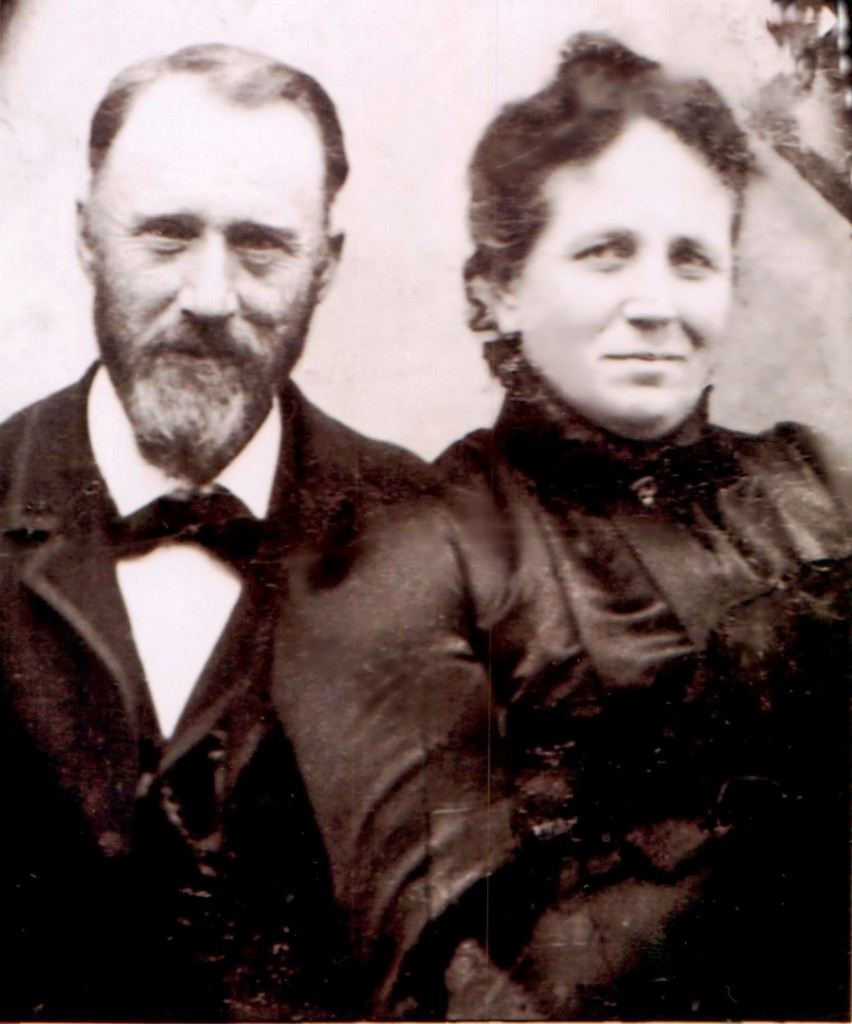 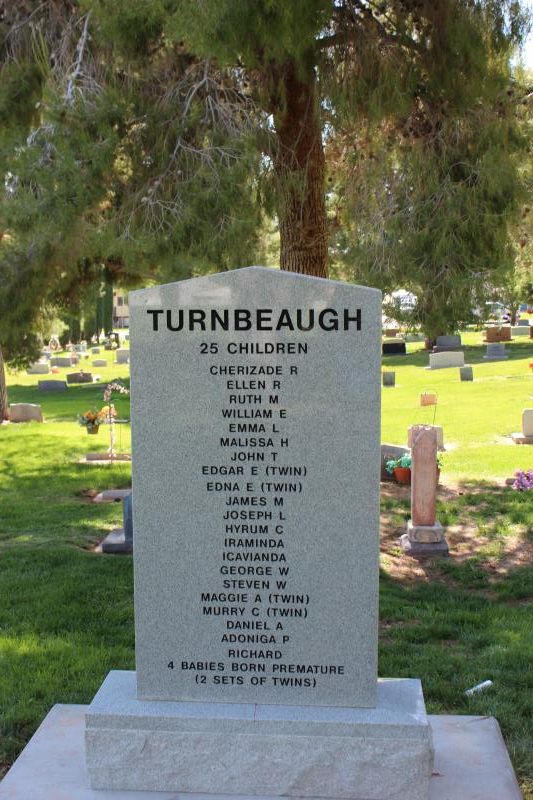 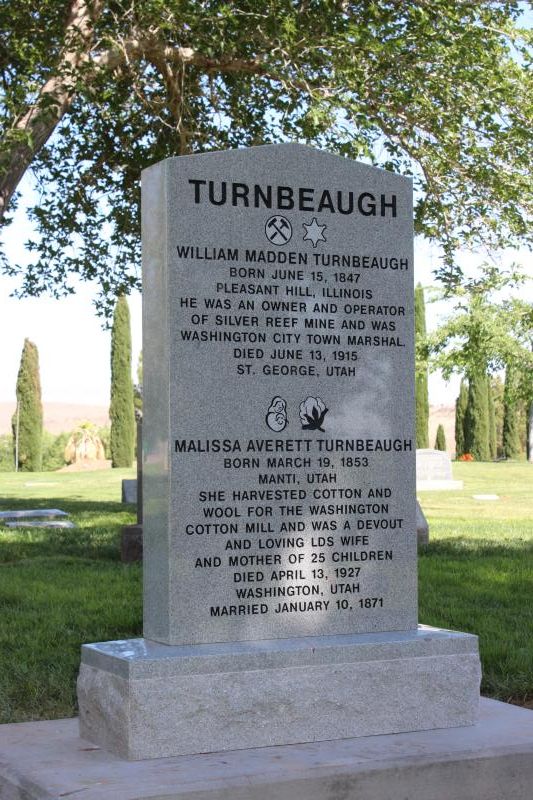 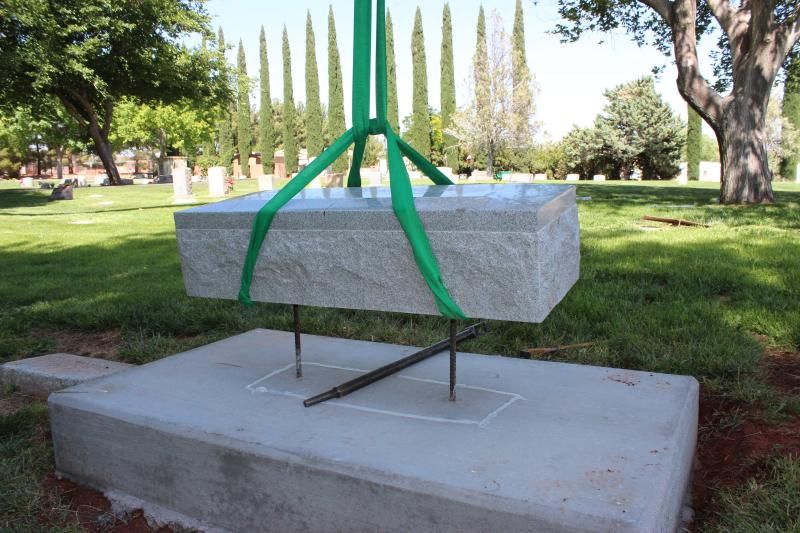 Derived from submission by Angie Adams, a relative of the Turnbeaugh family

Cremated remains can now be interred at Washington City cemetery

Records: DNA from tissue in trash can led to Golden State Killer arrest