ST. GEORGE – Snow Canyon’s Mitzi Gates figured her team won the game once, so doing it a second time wouldn’t be a problem.

The Lady Warriors scored a pair of runs in the seventh inning to beat Tooele 5-4 Saturday afternoon in the first round of the 3A State Softball Tournament. But a collision during the inning between an SC base runner and the Tooele second baseman caused a 15-minute delay as coaches and umpires debated, eventually turning to a rulebook. More on that in a moment.

The underdogs Lady Buffaloes led throughout the game after scoring three unearned runs in the second inning. Snow Canyon chipped away, scoring a run in the bottom of the second (on an Alicia Hafen RBI) and another in the third on a Skylar Gates RBI.

But one of the big stories of the game was the inability of the Lady Warriors to capitalize on scoring situations. SC left 10 runners on base, including three in a scoreless fourth inning, plus two more each in the fifth and sixth innings.

“It’s inexcusable, especially when we had the bases loaded in the fourth with just one out,” coach Brandyn Sargent said. “You have to score in those situations.”

Things started to look bleak for the undefeated Warriors, especially after Tooele’s Lauren Frailey homered in the top of the sixth to make it 4-2.

“I told the girls to look at the crowd and how they were getting nervous and quiet,” SC assistant Jesse Shipp said. “Then I told them there was no reason for that. There’s no clock in softball. It’s not over until all the outs are recorded.”

Sonya Hardy scored on a single by Brytni Gurney to make it 4-3 in the bottom of the sixth, setting up what can only be described as a bizarre seventh inning.

After Tooele went down quietly in the top half, McKenzee Langston stepped up and was immediately hit by a pitch. Shelbee Hutchings followed with a walk and Autumn Shipp entered as a pinch hitter and also walked, loading the bases.

After a pop out, Hardy stepped to the plate again. She ripped a hard grounder to the right side that was deflected sideways by the Tooele first baseman. As the ball caromed away, Natalie Coulam, who was running for Shipp, collided with the Tooele second baseman. The umpire immediately called dead ball and erroneously called Coulam out. Langston and Hutchings both scored on the play, but the ump was going to recall the runners and take away Snow Canyon’s runs. That would have put runners at first and third with two outs and Tooele still ahead 4-3. But after consulting the rulebook and after much discussion, the game officials ruled that because the ground ball was deflected, no interference occurred, the first run would count, but with a dead ball call, the second run would not count.

So, after the delay, SC ended up in a tie game with the bases loaded and one out. After a strikeout made it two outs and the game still tied, Mitzi Gates stepped to the plate.

“Honestly, if I had to pick one person to bat in that situation, it would be her,” Sargent said. “She really sees the ball well. I knew she would put it in play.”

gates worked the count to 2-2 and fouled off a couple of close pitches before finally ripping a hard shot right up the middle for the game-winning RBI.

“I wanted it to come down to me,” Gates said. “I was so ready for a situation like that. We knew Tooele would be trough. They have a good pitcher. But we never stopped believing.”

Sargent said she wasn’t at all surprised that a fourth-seeded Tooele team gave them a tough battle.

“That’s a very good pitcher,” she said of Frailey, who pitched the complete game. “But we don’t blow people out. We just battle all the way to the end and find ways to win.”

The Lady Warriors move ahead in the no-loss bracket and will play again next Thursday against Payson. The game will be on Field 1 at St. George’s Little Valley Softball Complex.

Panthers couldn’t find any offense despite the strong pitching performance by Kirsten Anderson.

PV rebounded from the opening loss to advance with the mercy-rule win over the Lady Dinos. The Lady Panthers play Thursday at 4 p.m. against the loser of Payson and Snow Canyon in an elimination game at Little Valley.

The Lady Falcons advanced in the winners bracket with the win and will play on Field 3 Thursday against Spanish Fork.

The Lady Tigers fell to a top seed and need to win later game to stay alive in postseason. 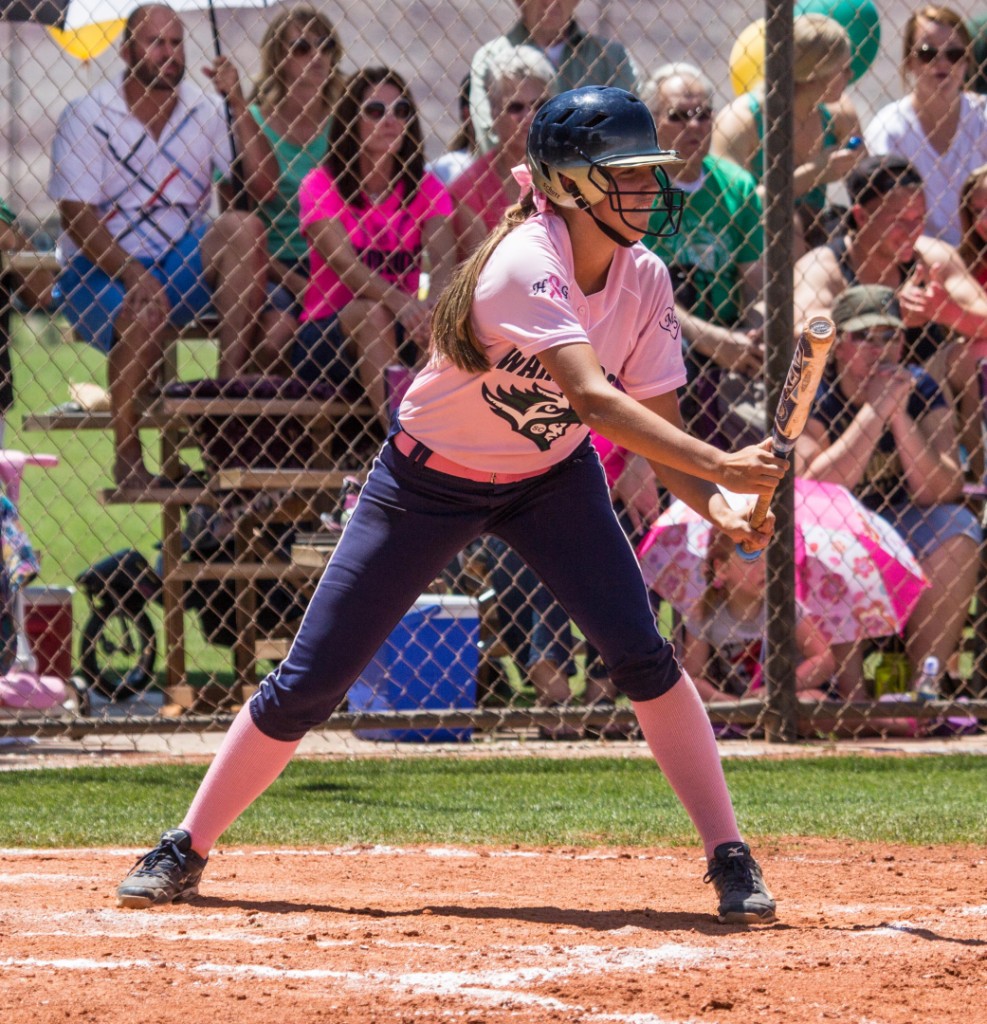 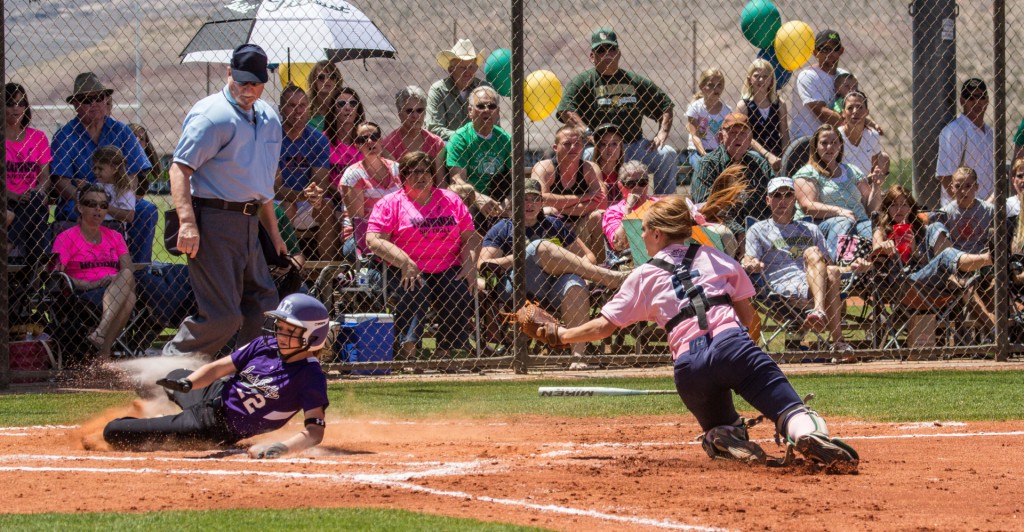 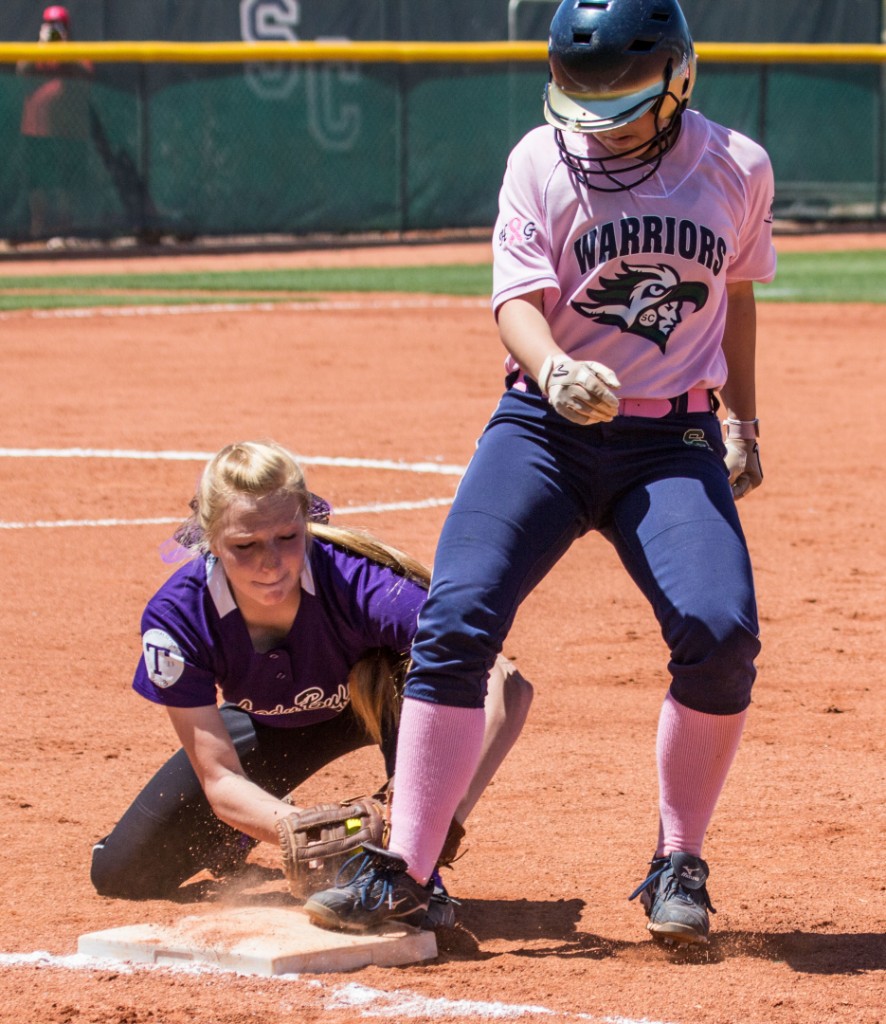 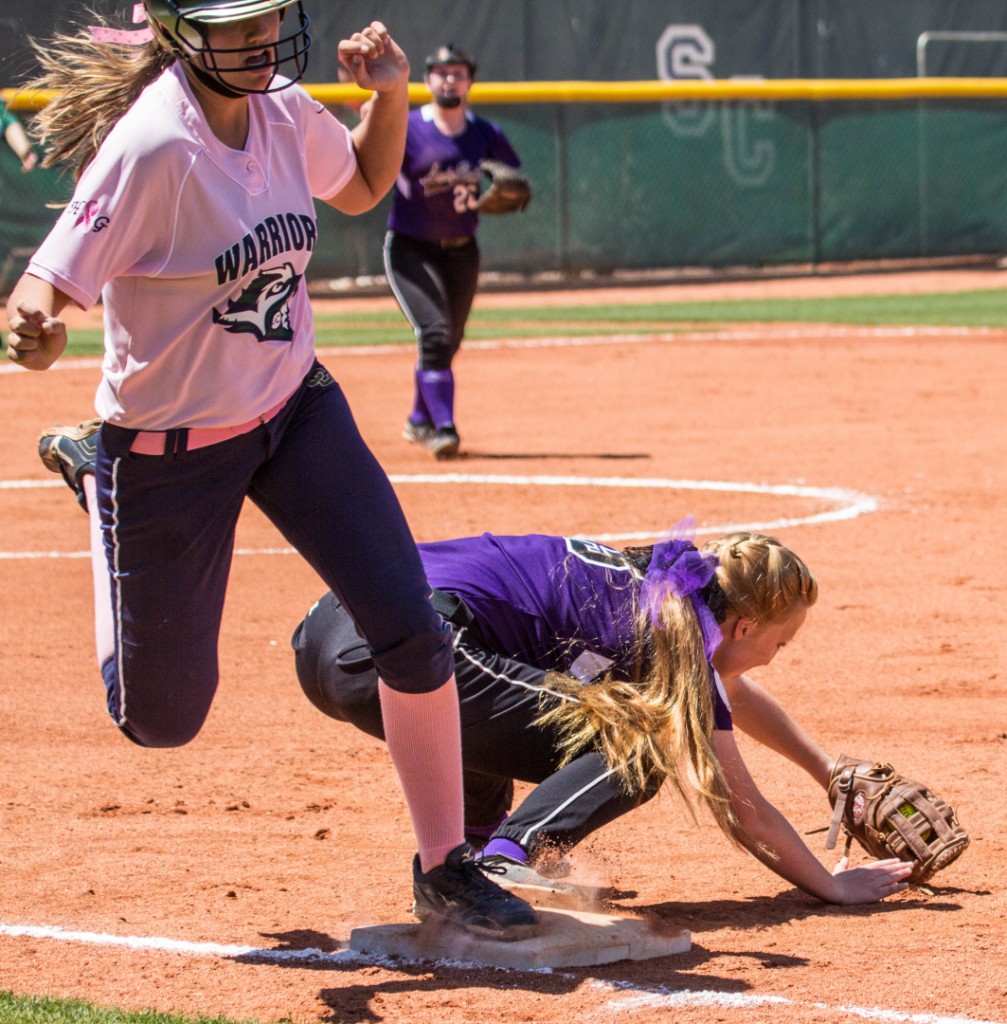 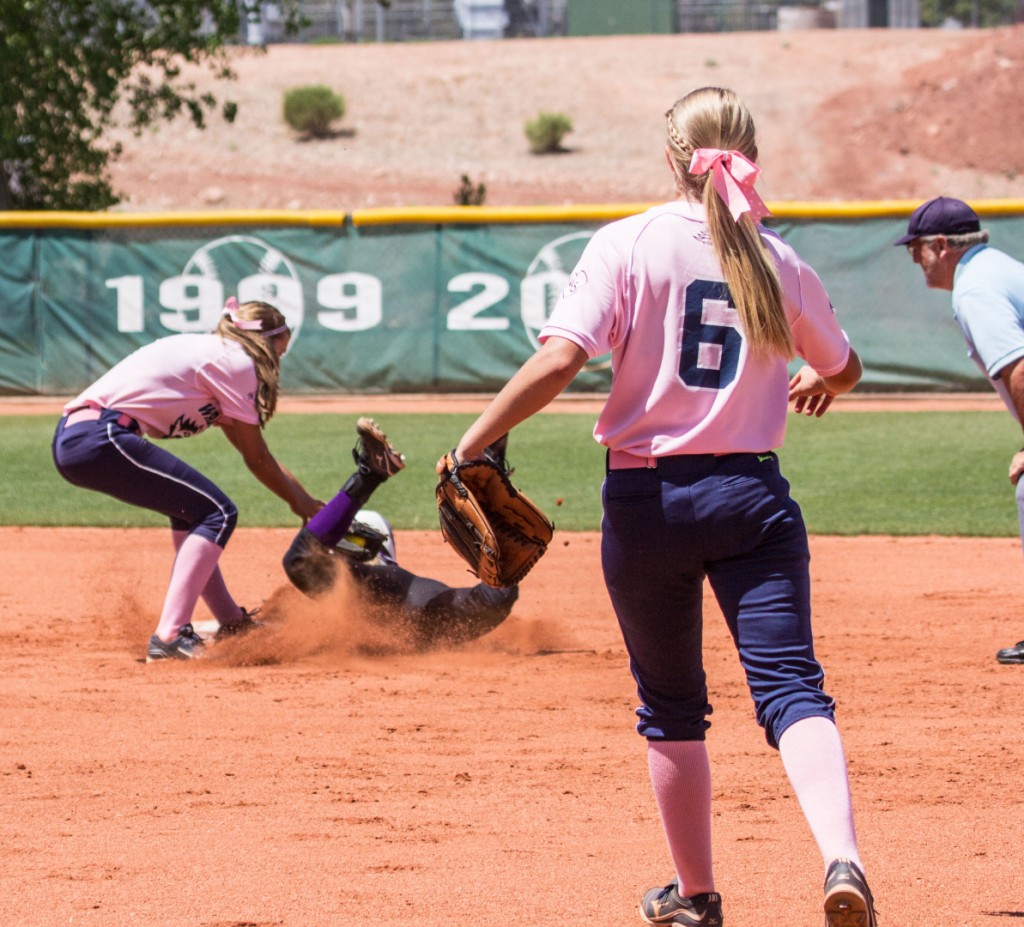 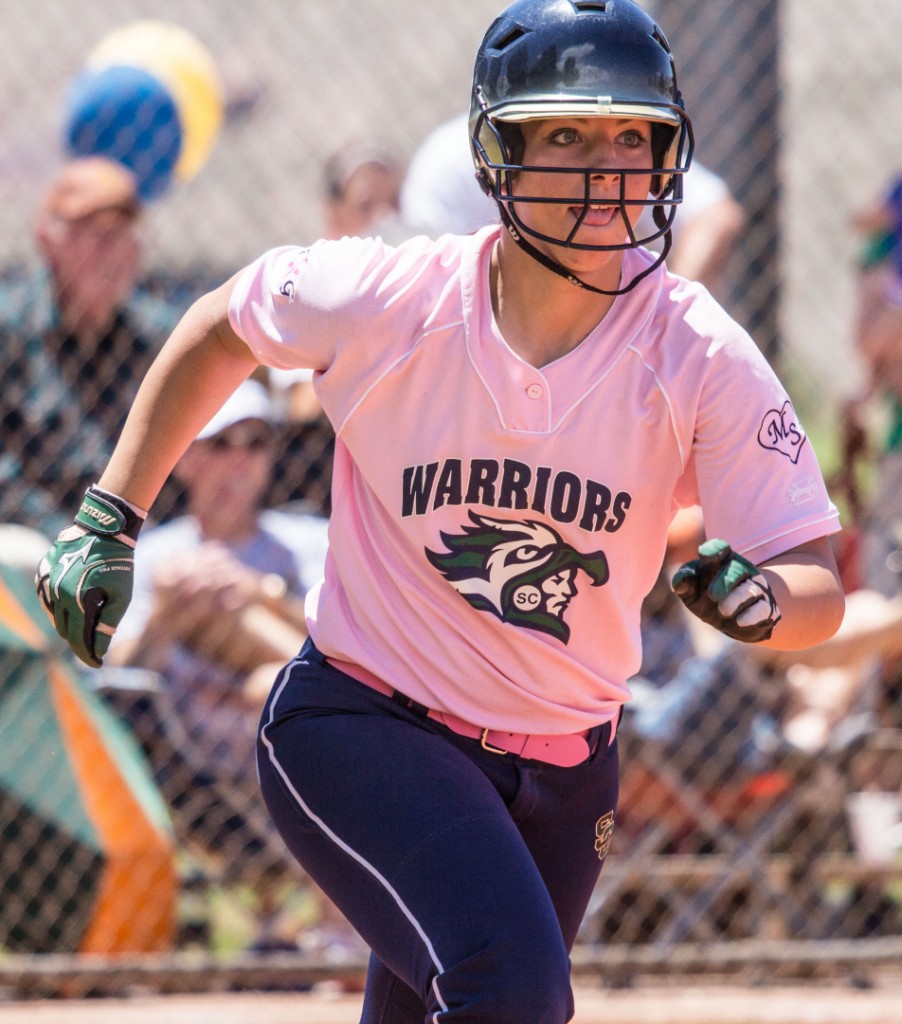