IVINS – A dedication ceremony on May 23 at 1 p.m., at the Southern Utah State Veterans Home in Ivins will open the way for veterans to take up residence there. Outreach Coordinator Al Yardley, a member of the team under the capable direction of Assistant Director Dennis McFall of the Utah Department of Veterans Affairs, said he applauded those who have worked so hard to bring the dream into reality.

Directors hope to have the facility operating at capacity, 108 patients, within a year of the opening. If construction is completed and occupancy permits issued, the first residents will be admitted by June 23. Director of Community Relations, Kelsea McVey, has already mailed 130 applications to prospective residents.  Those veterans who wish to apply can call Kelsea McVey at 435-553-5917.

It is a huge task to assure that those who deliver care to veterans fulfill state and federal covenants in the facility. In order to receive the two-thirds funding package from the federal government, the state must prove its ability to meet all facility and operational standards for about a year. So many stipulations require experience, order, and persistence. State Officer Jacqueline Peterson, a former combat medic, inspector general, and VA health care worker, has taken on the task of assuring that the Ivins-based veterans home will pass muster. She said she is excited about the facility where residents will enjoy unparalleled privacy, including their own bedrooms and bathrooms in one of nine pods or homes.

Emphasis on process characterized the construction advisory committee. From a desire to create a community-integrated facility, many local representatives served on the committee, including two nurse interns, one from Dixie State University and the other from Southern Utah University. The 10 members of the committee have worked closely with McFall. Because the state owns the land, has supervised development of the facility and will supervise the care provider, state representatives have carefully monitored all phases of construction (provided by Layton Construction) and will supervise operation (provided by Avalon Care). The Home must pass federal inspection before receiving 65 percent of its funding, a process that requires vigilance. The state’s 35 percent will flesh out and dress the federal bare bones so that Southern Utah veterans receive care designed for them.

Avalon Care, LLC, based in Michigan, was awarded the contract for providing care at the new veterans home. Avalon leads an industry growing rapidly as America ages. Among Avalon’s many care contracts are the four Utah state veterans homes. The trust invested in Avalon Care by the Utah Department of Veterans Affairs speaks for itself. Still, the public has questions: Will this flourishing organization attend to needs of a small Southern Utah town? Can Avalon truly serve our fiercely independent veterans, allowing them to maintain their dignity and legendary capability?

Retired Lt. Col. William Toole, founder of the Marine Corps Dixie Detachment 1275, has been serving on the construction advisory committee for the veterans home in Ivins. He said that Avalon is “resident-centric” and that after reading 1,250 pages of proposals from four of the eight companies invited to apply for the contract, the committee members “were impressed with Avalon.”

Avalon subscribes to the EDEN system of care, which emphasizes the individual needs, desires, and growth of residents, an attitude copacetic with the design of the facility, with its nine uniquely-styled pods, or homes, each with a different color scheme. The facility is linked by subtle passages, Toole said, not “bowling lanes,” a physical reflection of the Avalon philosophy of care: a community built on individuality and teamwork. The Avalon treatment program follows the EDEN model of elderly care, calling for collaboration of medical and facilities personnel with residents to implement individual needs and wishes while empowering residents.

According to their brochure, the not-for-profit EDEN Alternative has designed a system of care based on 10 principles. These principles aim to eliminate unnecessary suffering by creating a vital habitat including plants and animals; loving companionship; serving and being served. Residents’ days include variety and spontaneity, with everyone urged to engage in meaningful activity. Medical treatment is part of the regimen, rather than dominating it. In an EDEN-based facility, residents are empowered as decision-makers and leaders. The program regards human growth as integral to human life. These principles empower the elderly in creating a community “where life is worth living.” The EDEN mission, to eliminate loneliness, helplessness and boredom reflects the high standards held by Avalon.

Kelly Snowball, a senior director for Avalon, supervised the opening of the George E. Wahlen Veterans Home in Ogden, and he has made some positive prognostications for Washington County based on his experience. In his recent report to Weber County commissioners, Snowball said that the George E. Wahlen Veterans Home brought significant economic as well as physical and emotional support to the community, introducing 190 jobs, $5.5 million in payroll, and purchases of $7.3 million in 2012.

Although the Ivins center is slightly smaller than the Ogden facility, similar economic rewards can be expected for the Washington County job market.  The facility at capacity will provide the community with 120 new jobs, from professional positions to housekeeping staff. See “Resources” at the close of this report for employment application contacts.

At least one of those positions has been filled:  The new administrator, Santa Clara resident Jerry Olson, brings several years experience in long-term care to the job, which begins May 1.

Veterans and local residents will be given priority when it comes to hiring procedures. Similarly, volunteer programs will call for local participants. Avalon’s strong belief in local participation has already opened doors for community involvement, with more to follow.

A volunteer organization is mandatory in concert with tax dollar funding

Federal and state rules require that a volunteer program be a component of veteran facilities. Since volunteer participation is an integral part of the EDEN paradigm and a mandatory part of veterans programs, directors are already casting about for community participation. Volunteer-driven activities offered by the Avalon program will include music, sports and games, community and nature outings, social events and regular participation in such options as the literary club, gardening club, movie club, and pet therapy program. Other volunteer programs include religious services representing all faiths, a welcoming committee for residents, families, and other visitors, and community service projects in which residents support youth, homeless people and various entities to assure that residents partake in the meaning and joy of giving. Snowball said that the products derived from these volunteer efforts could be amazing in themselves. As an example, he referred to a project where veteran volunteers called forth the stories of military women at the George E. Wahlen Center, including some from World War II.

As Snowball said, our state and federal tax dollars will be invested in perhaps our most deserving citizens, those who were willing to pay the ultimate price for their country. He said that the extraordinary character of veterans, as that of their families, friends, and organizations promise extraordinary success.

Below the photo gallery see: Recap on dedication ceremony; resources for employment and residency applications 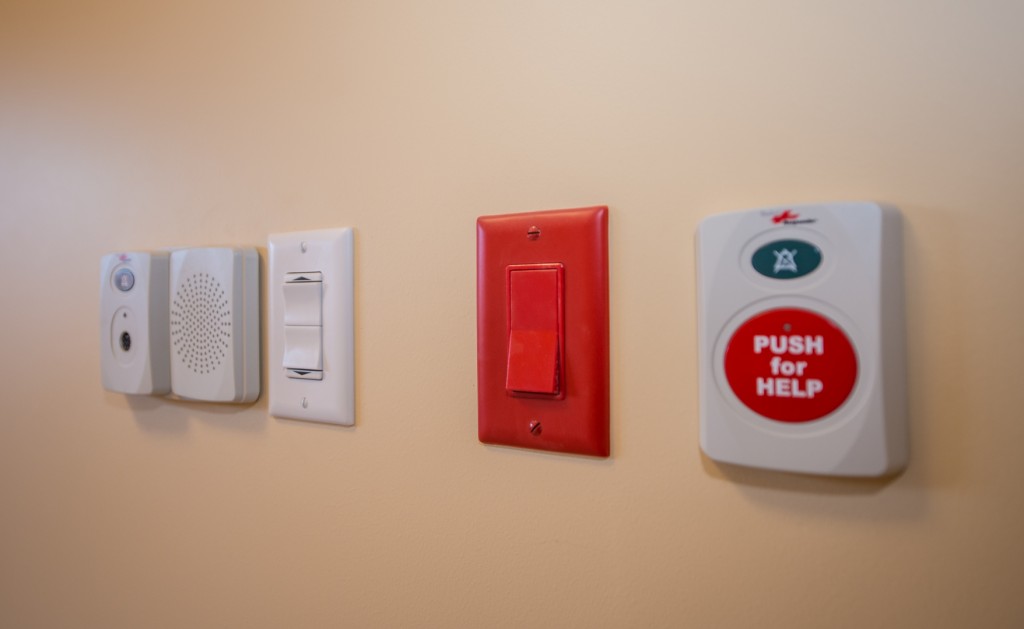 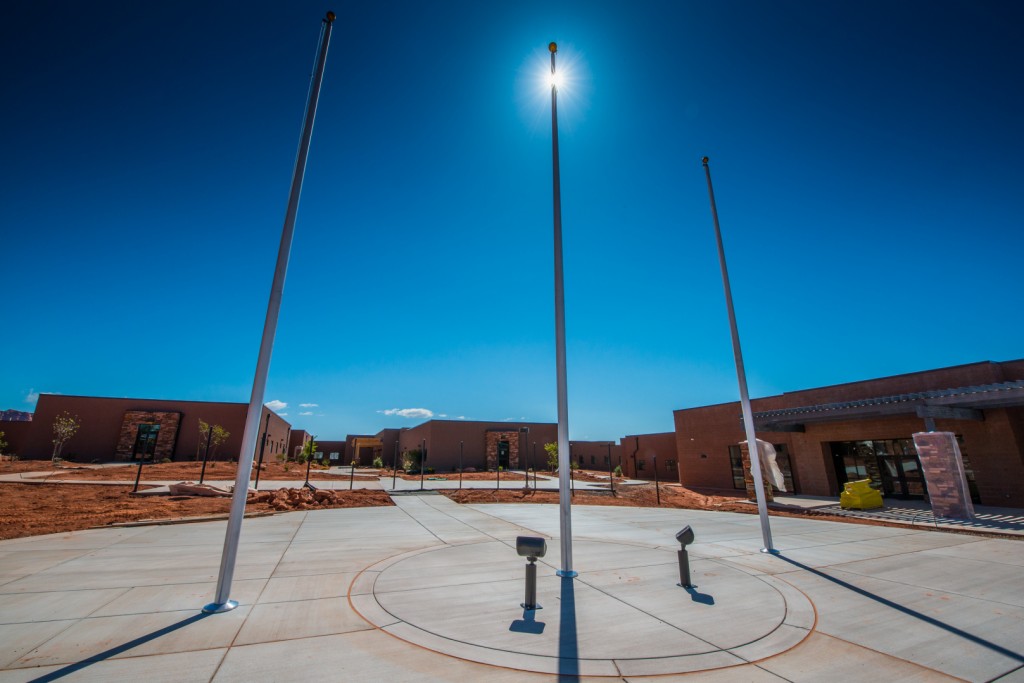 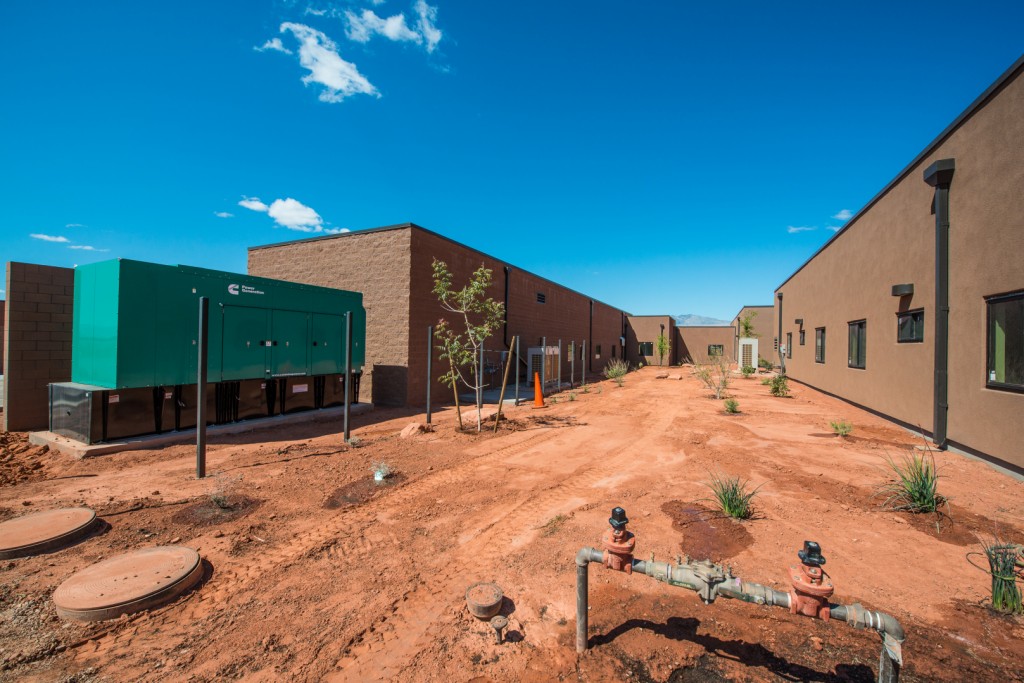 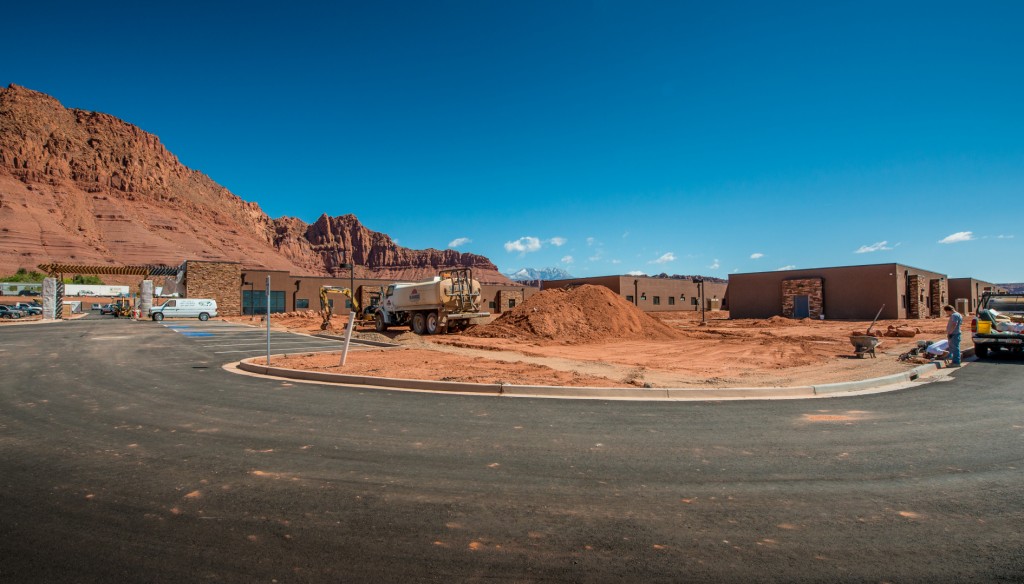 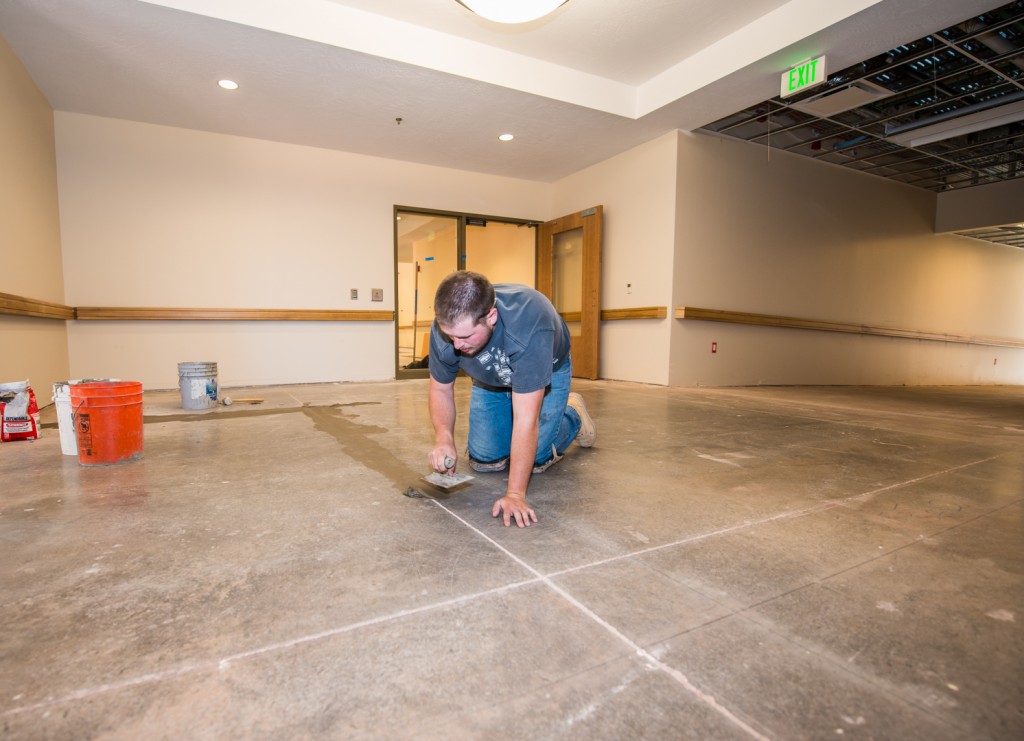 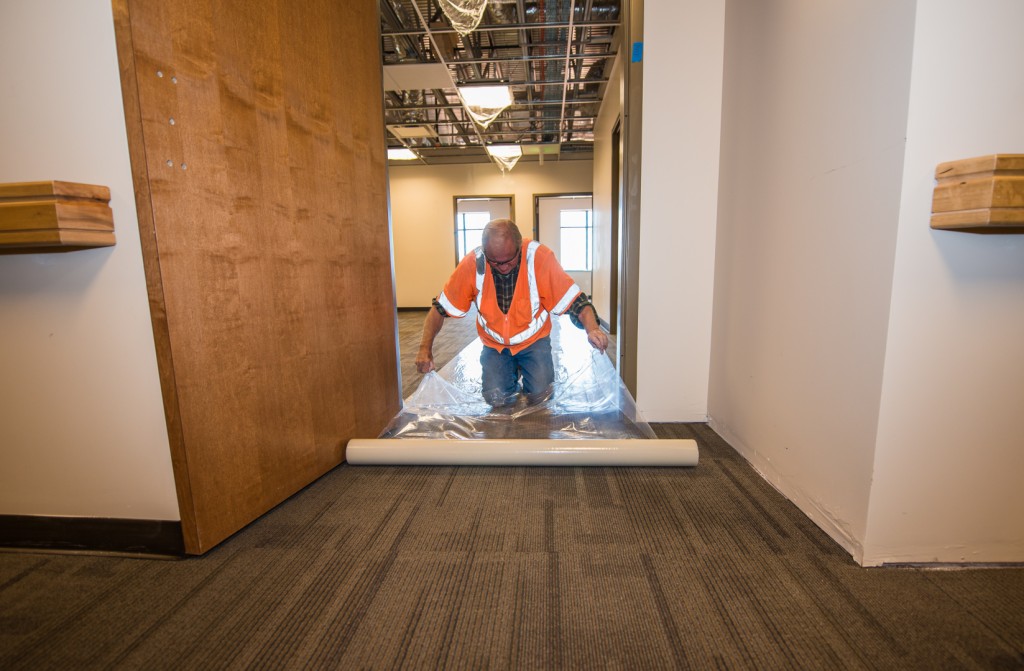 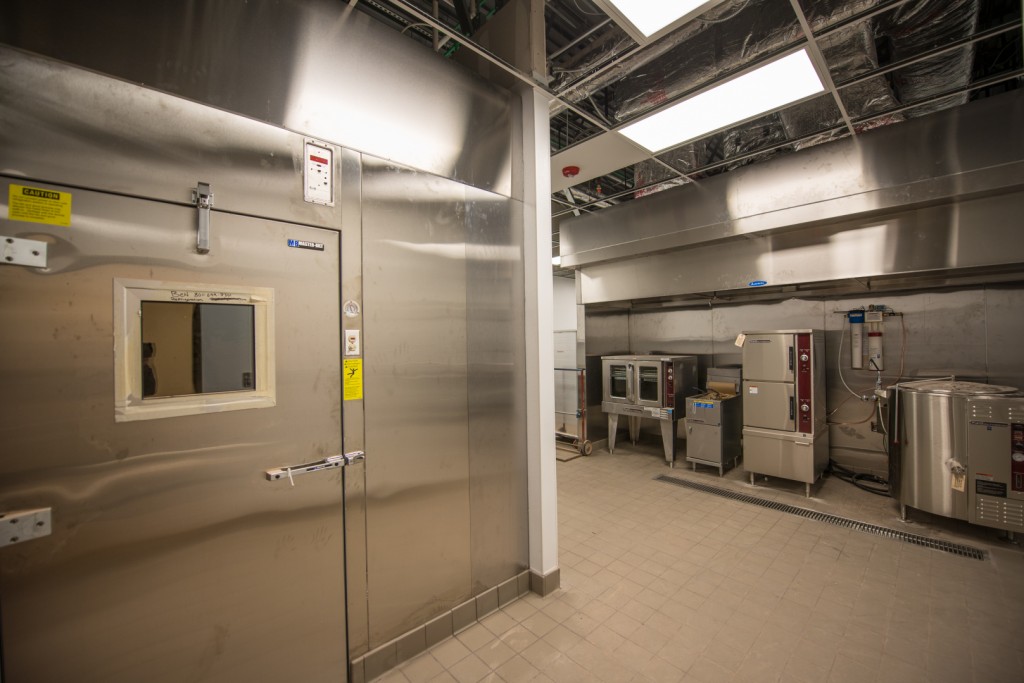 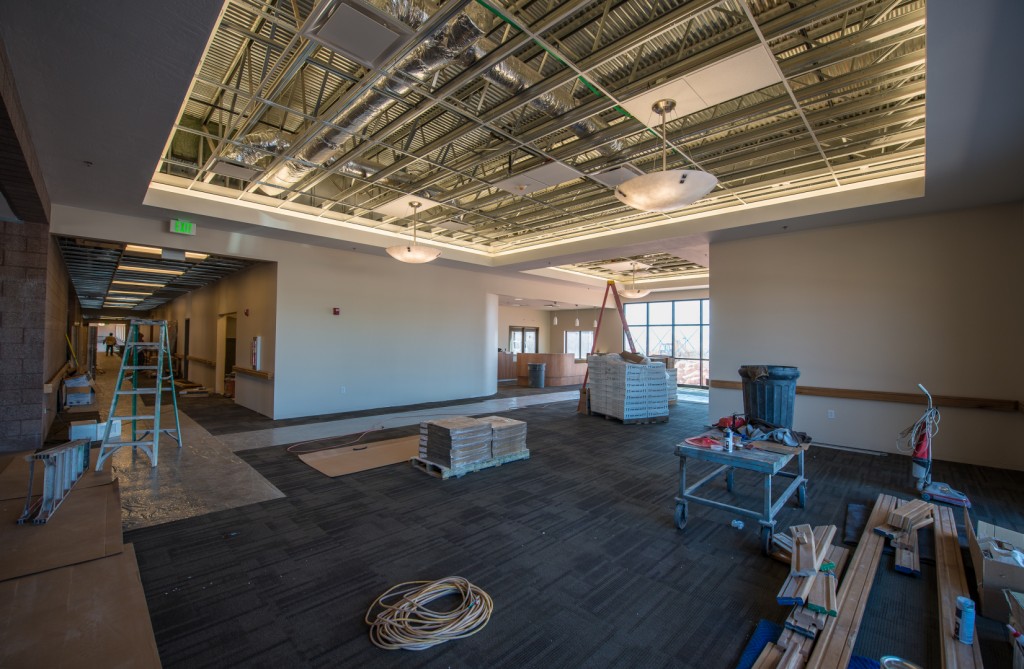 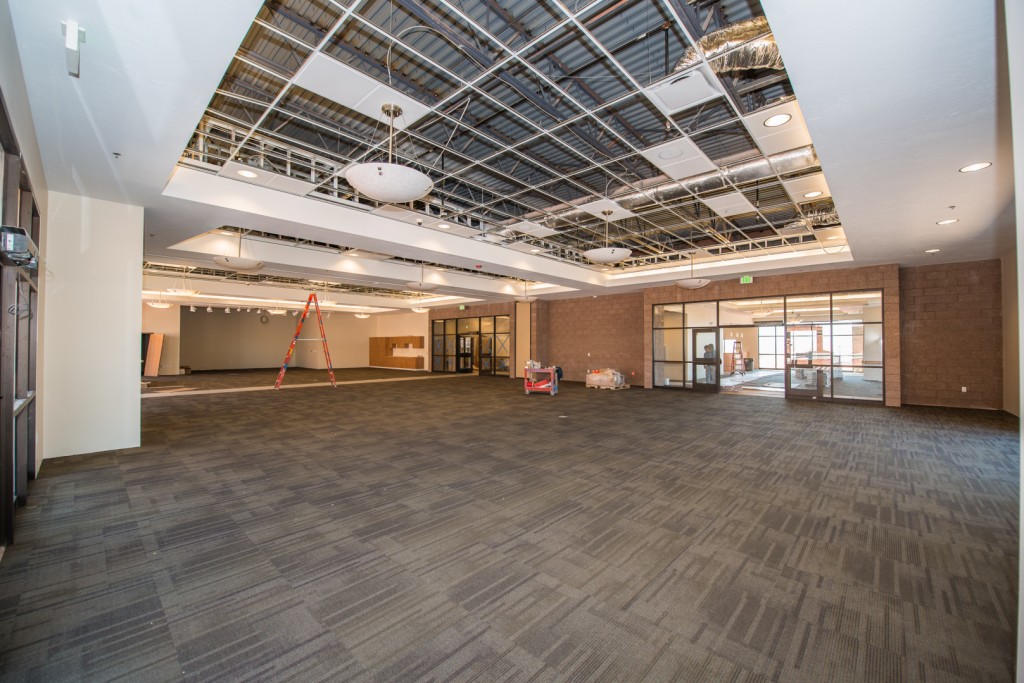 Multi-purpose room and front desk in the back there. Ivins, Utah, April 18, 2013 | Photo by Dave Amodt, St. George News 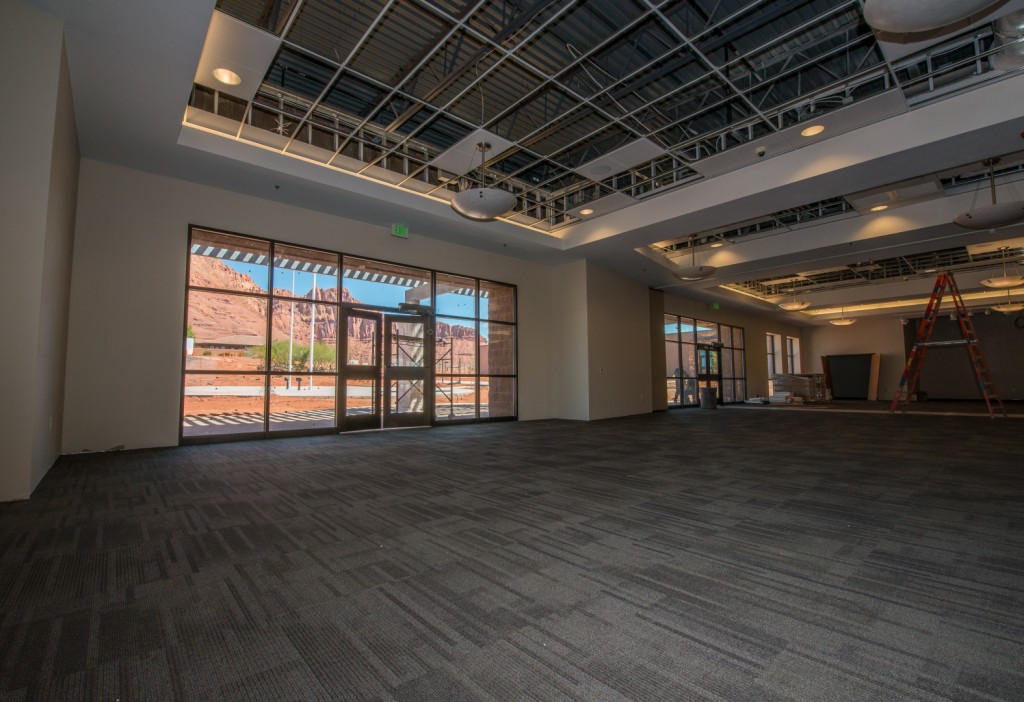 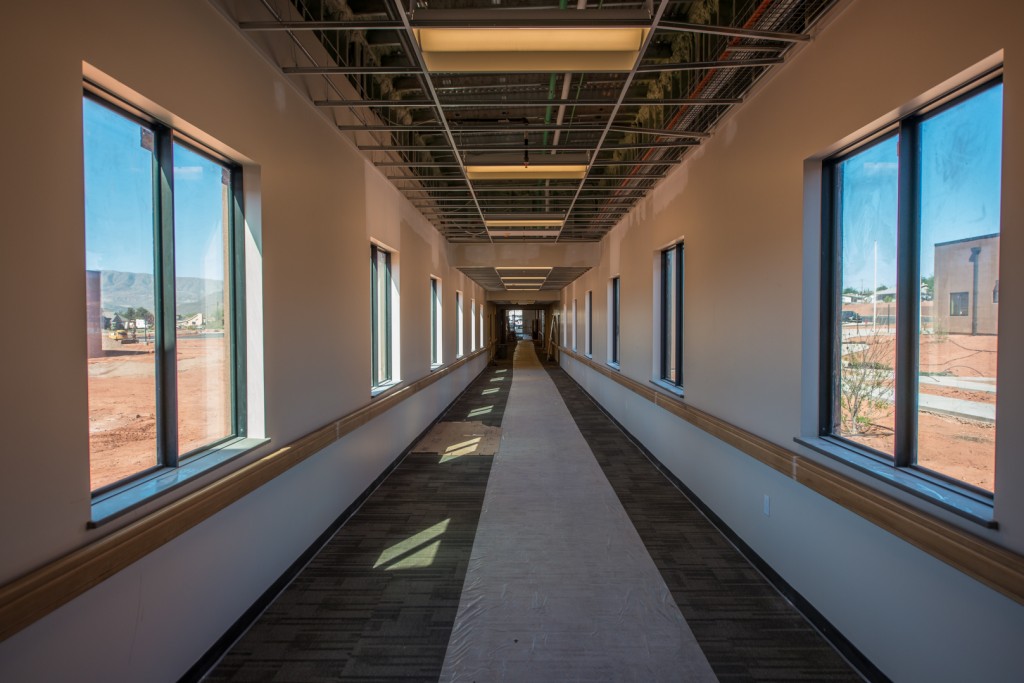 One of the many hallways at the Southern Utah Veterans Home. Ivins, Utah, April 18, 2013 | Photo by Dave Amodt, St. George News 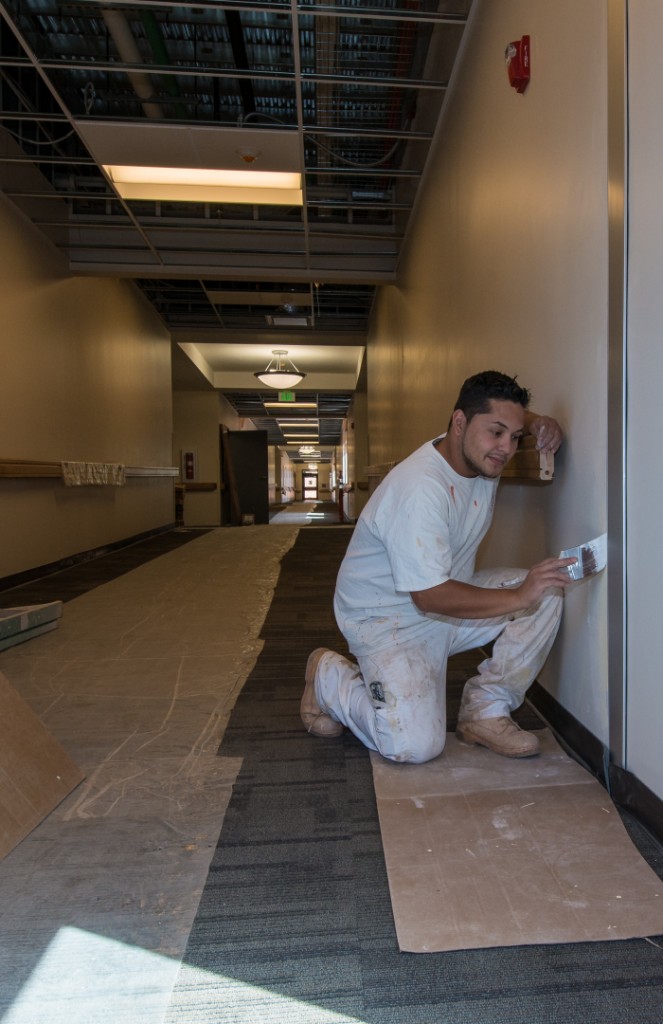 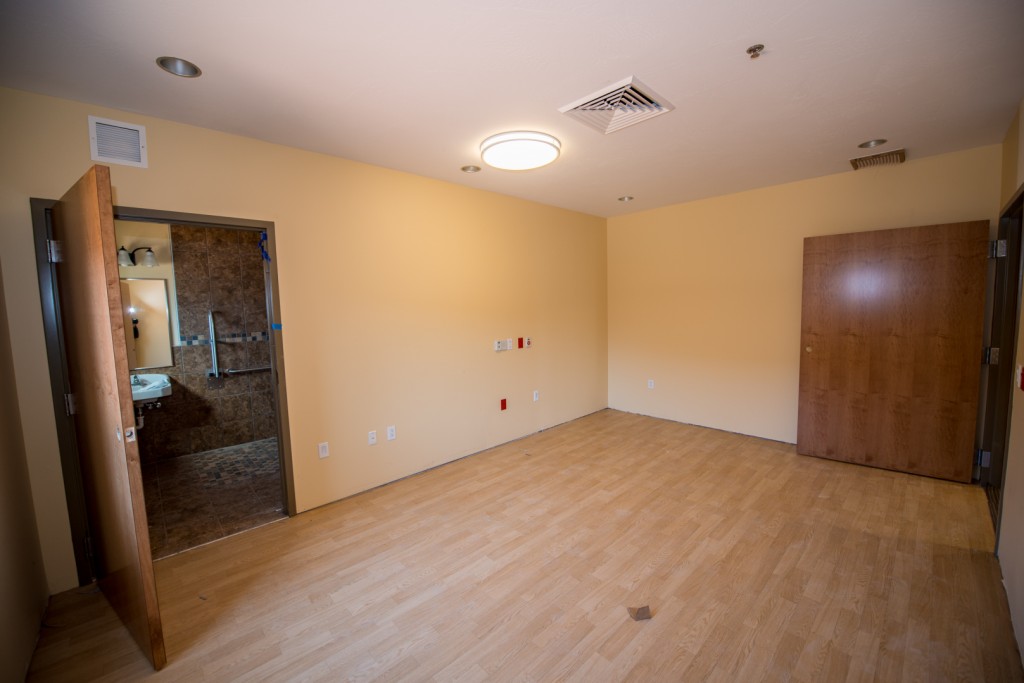 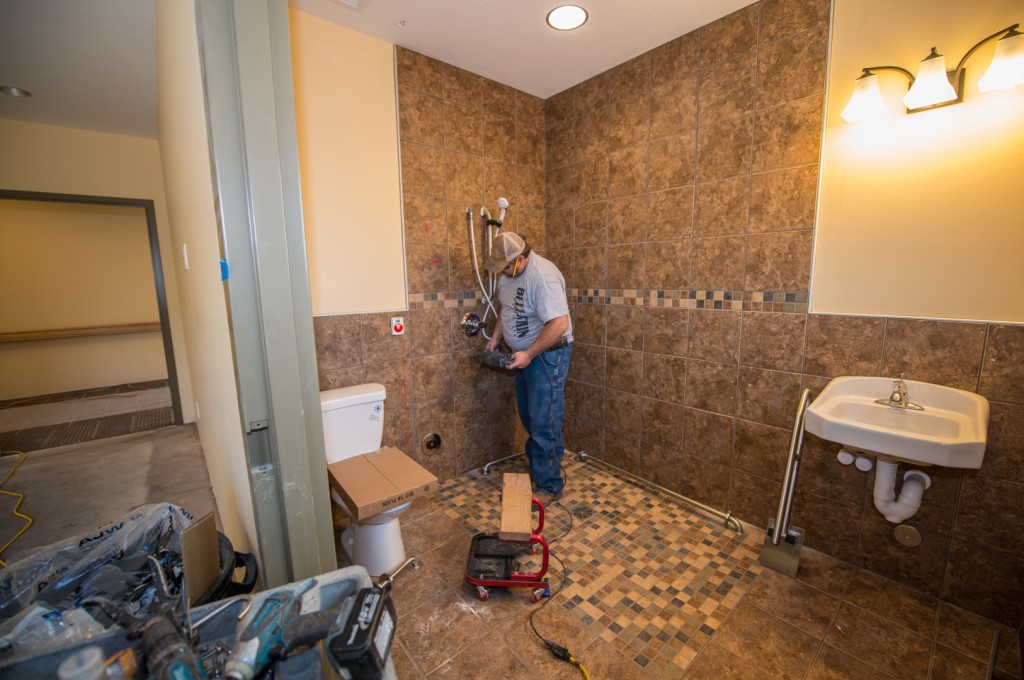 For employment: Avalon online and via indeed.com for jobs, using the company search term “Avalon health care” and the location “Ivins, Utah.”

Forget the vacation: Create your own backyard paradise