ST. GEORGE – The fourth annual Moe’s Valley Maintenance took place today in the box canyon south of Tonaquint Intermediate School, popular for bouldering, mountain bike riding and hiking. The event continued the tradition of responsible use of the local land championed by local businesses like The Desert Rat and The Spot Bouldering Gym, the Southern Utah Climbing Alliance as well as Access Fund Adopt a Crag, a national organization.

Tyler Webb, who heads up this and other cleanups, the 10k run, and the bouldering competition, also helped to develop the area and the Moe’s Valley Bouldering Guide, with Seth Giles, that outlines much of the established bouldering problems at Moe’s.

“This year we added new trails building on the ones we built in years past,” Webb said.

One key area of concern for the trail builders and clean up crews was the preservation of cryptobiotic layers of soil prevalent in desert regions. Cryptobiotic soil contains microorganisms that form a crust layer on the surface of the dirt. It takes centuries to establish and is an integral part of the fragile ecosystem in the region.

“The desert is a harsh place and words like fragile and delicate are not often associated with it,” Vaughn Harward said, “but it really is an area that is highly sensitive to human impact.”

The group worked as a whole, built trails and lined them with rocks to indicate directional travel to climbing spots in the area, in the hopes that other people who use the area would take the notion of stewardship over the land seriously.

It is plainly apparent that the area is often frequented by off road vehicles that have a harsh impact on the area.

Climbers from as far away as Las Vegas and Salt Lake City attended the event and pitched in to make the cleanup a success. 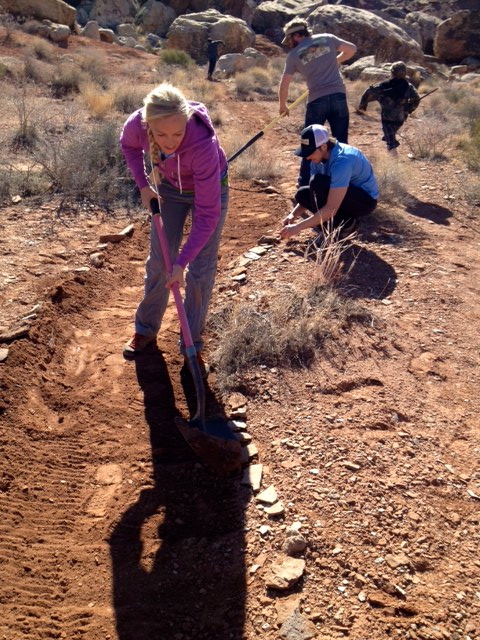 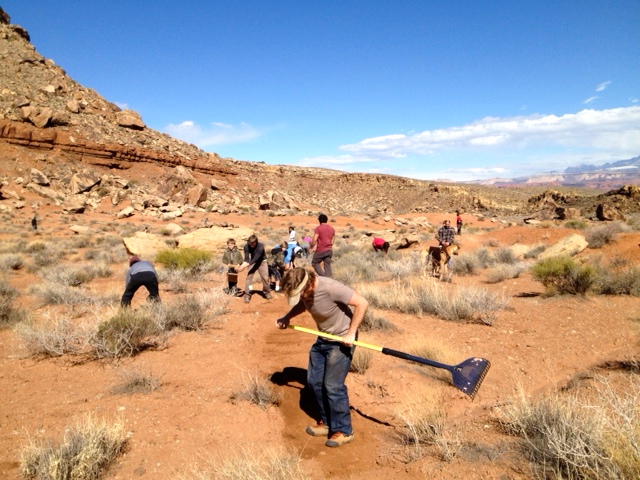 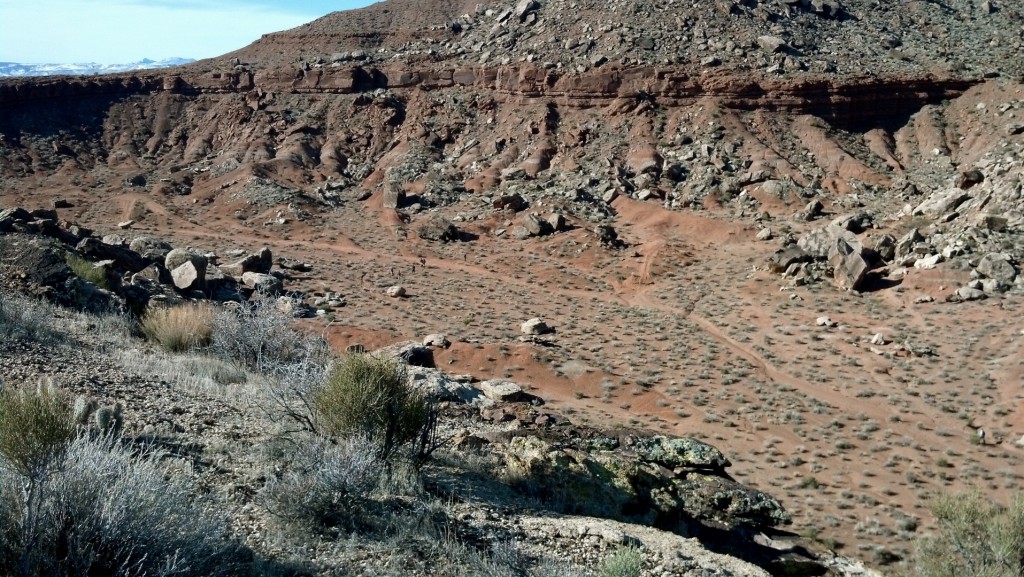 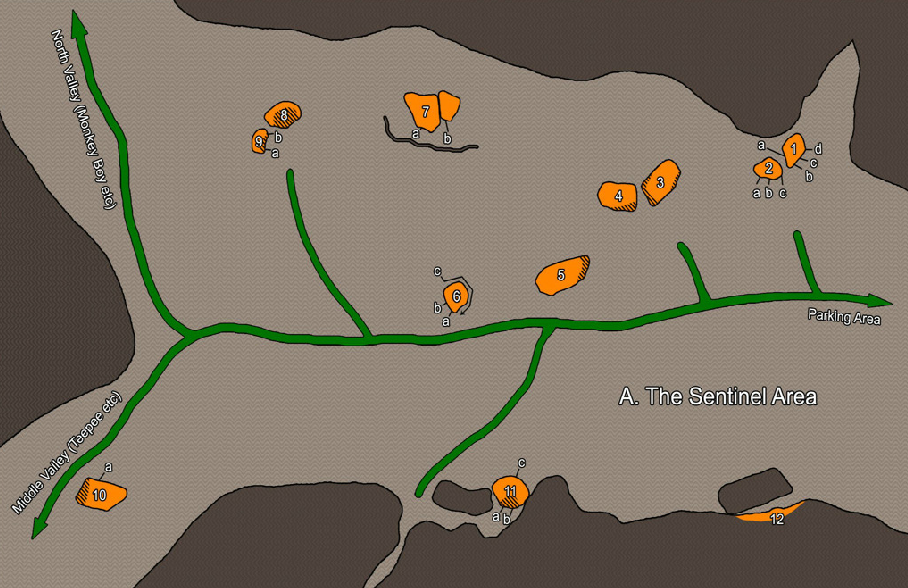 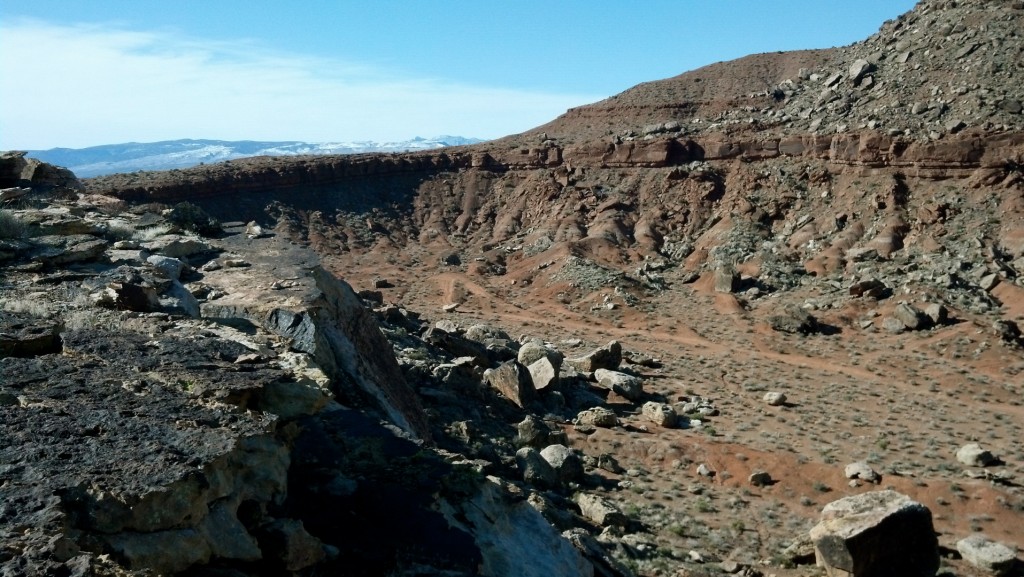 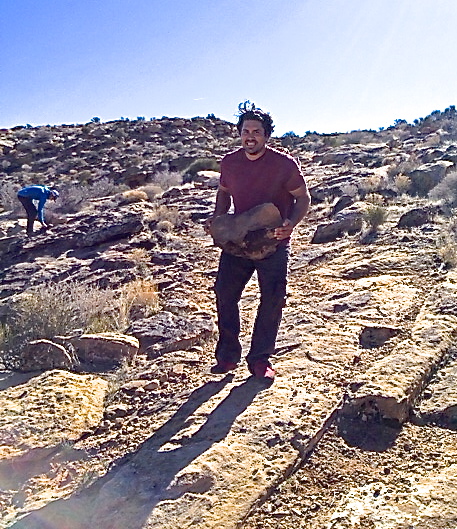 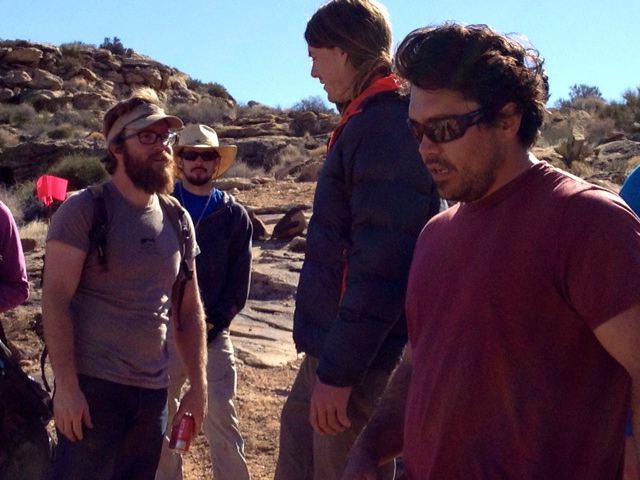 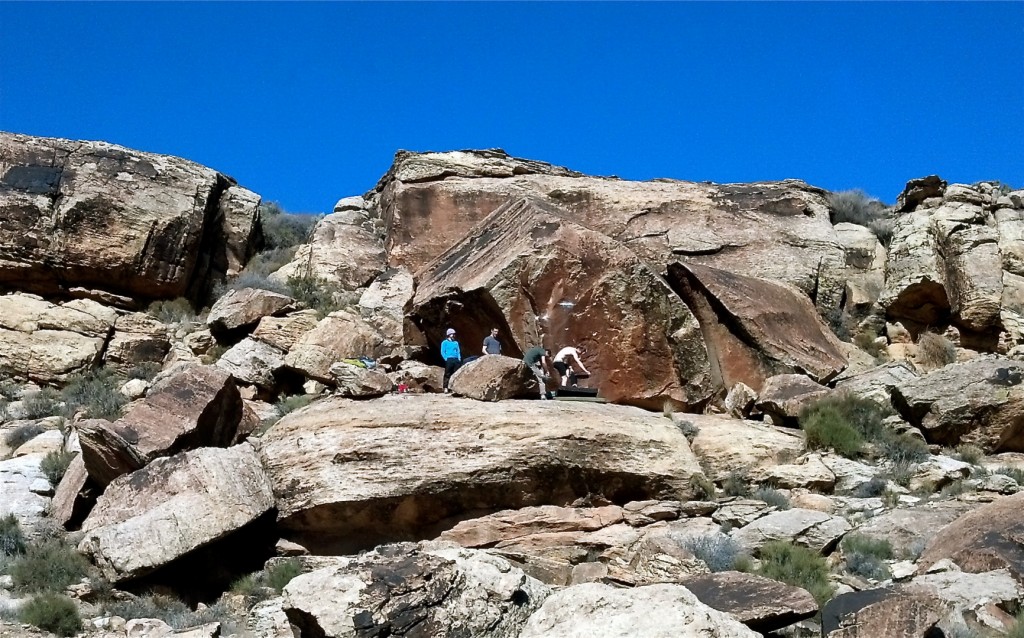 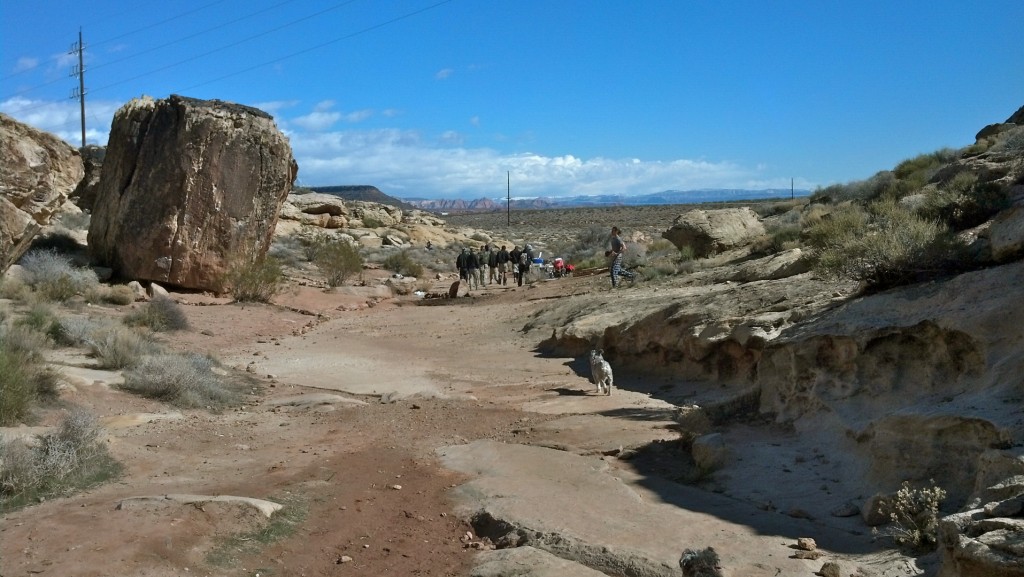 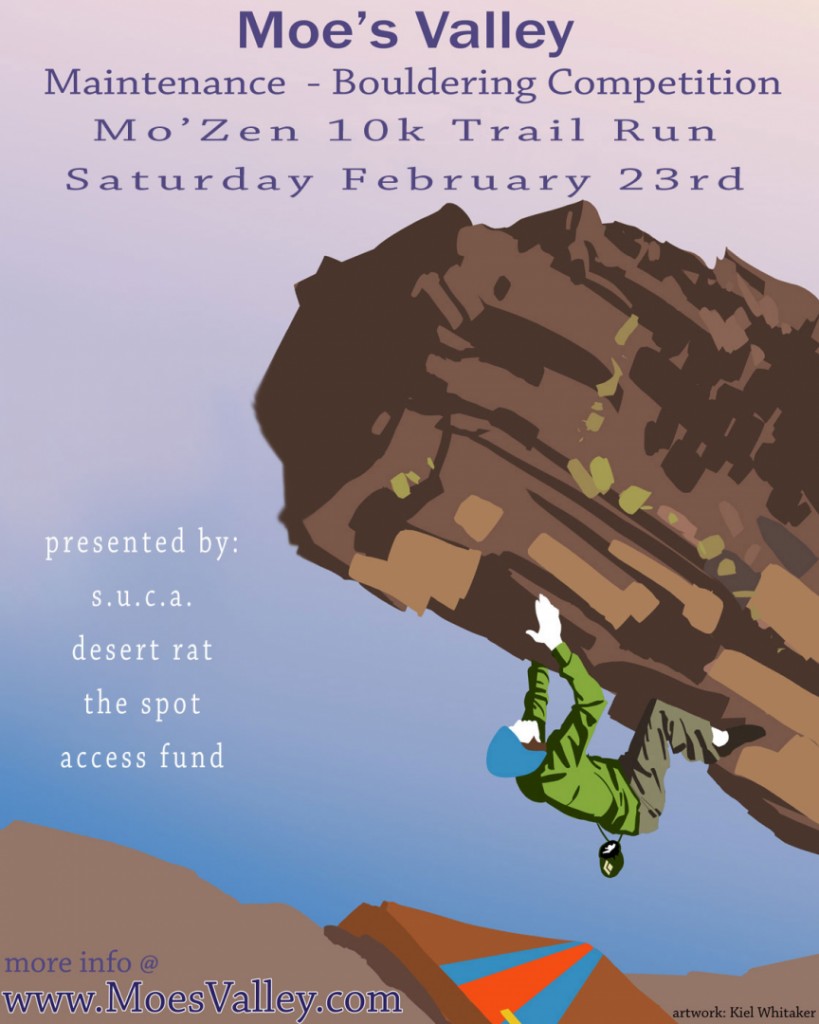 For more information on how to get involved with cleanups and responsible land use practices in the area, check out the Southern Utah Climbing Alliance.

Dallas Hyland is a freelance writer, award-winning photographer, and documentary filmmaker with three films currently under his belt including "The Approach," featured in the 2012 DOCUTAH International Film Festival, and the 2014 Raven Award-winning film "Still Going Strong." Hyland is currently working on more films as well as commercial branding projects. He is a sponsored photographer and product tester for companies such as Clik Elite and its adventure photography line of camera bags. A founding writer at St. George News and the opinion editor at The Southern Utah Independent, Hyland's investigative journalism and opinion columns have ranged in topics from local political and environmental to the international front covering issues such as human trafficking in Colombia. At once action-oriented and of deep philosophical inclinations, Hyland's work drives at reporting in a manner that incites a dialogue aimed at getting to the truth. Based in Southern Utah, Hyland works from his studio in Kayenta’s Art Village, as well as from wherever his work takes him. On his rare off-days he can be found with his family and friends exploring the pristine outdoors. Hyland cherishes what he calls “the modest life, lived well.” Follow his work at about.me/dallashyland and www.dallashyland.com. Listen to him live as a regular guest co-host on the Perspectives talk show on Fox News 1450 AM 93.1 FM in Southern Utah.

The Desert Rat presents 'Reel Rock 12'; not just for climbers